Close to Ariadne Apartments in Agia Galini you have at your disposal plenty of shops that can serve your everyday needs (bakery, patisserie, mini-markets, jewelers, hairdresser, Shops with traditional products and folk art ,rental offices for car and bikes, pharmacy, Post office and ATM

The current village of Agia Galini is built on the ancient Minoan city Sulia which was one of the hundred cities of Crete described by Homer. There was a temple dedicated to the goddess Artemis and it was a place of worship. The history of Soulia continued until the 7th century when it was destroyed by pirates. Remnants of this city and temple have been found, such as buildings, tombs, marbles and two granite columns that adorn until today the village's church.

The bay of Agia Galini was suitable anchorage for ships , and used in the revolutions of 1821 and 1866 for unloading munitions . Later because it was the nearest port to the fertile and oil producing region of Ampadia and Melampes,the port was used for loading oil to ships , but the village was still uninhabited. The settlement was founded in 1884, commercial buildings , oil warehouses and some residences were built. Over the years the commercial traffic and export of oil increased significantly and therefore Customs were founded. After a few years ( 1890 ) there was a permanent settlement of about 20 people.

The name of Agia Galini , according to tradition , is due to the Empress Eudocia of Byzantium (or Athinais daughter Athenian philosopher Leontius ), on the journey of exile to Africa the ship faced a big storm not far from the ancient city of Soulia. Asking for the help of Mary ,the Empress Eudocia suggested the crew to approach the shore , and made ​​a vow that she would build a church dedicated to the Virgin Mary if they could find shelter. Indeed the ship moored safely to the naturally sheltered beach of the village , and the Empress began to build the temple. The temple was named "Holy Virgin of serenity" (γαλήνη means serenity) and after years became Agia Galini(Saint Serenity). This Byzantine church of Panagia(Holy Virgin) -which is of rare architecture- is still used as the cemetery's church.

In Agia Galini is located the cave that Daedalus used to hide (according to the known myth), Daedalus was persecuted by King Minos, so he hid with his son Icarus until he concocted wings by attaching feathers on their arms with wax, and they used these wings to fly to freedom.

The rock they used as the base for their flight, is on the right side of the harbor, gazing at the sea as if it still salutes them to their fatal journey. At this location there are currently two statues of Daedalus and Icarus ,as they prepare for their flight, an amphitheater has been built and is dedicated to this legend, the site is easily accessible to the visitor. 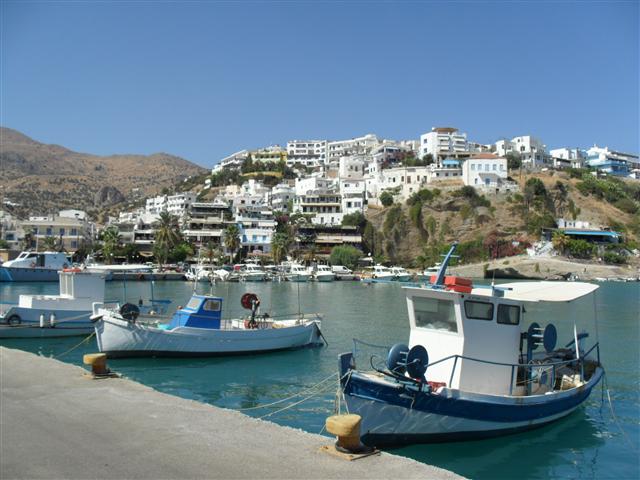 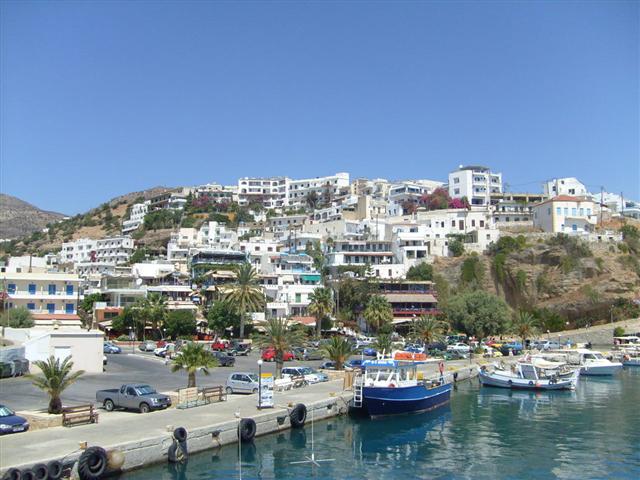 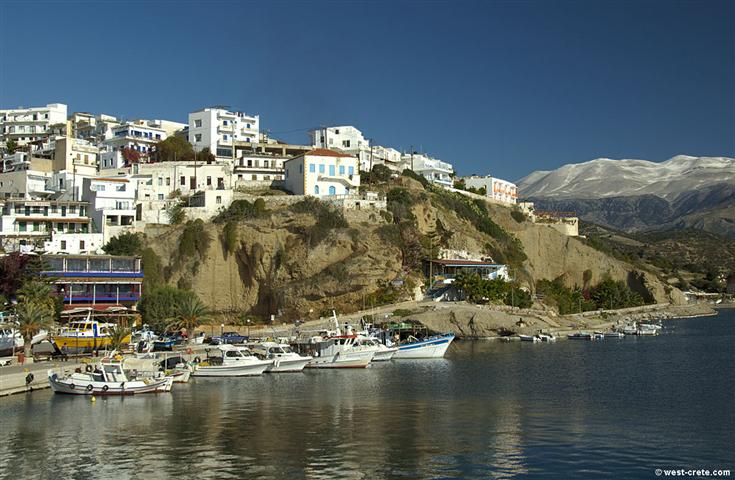 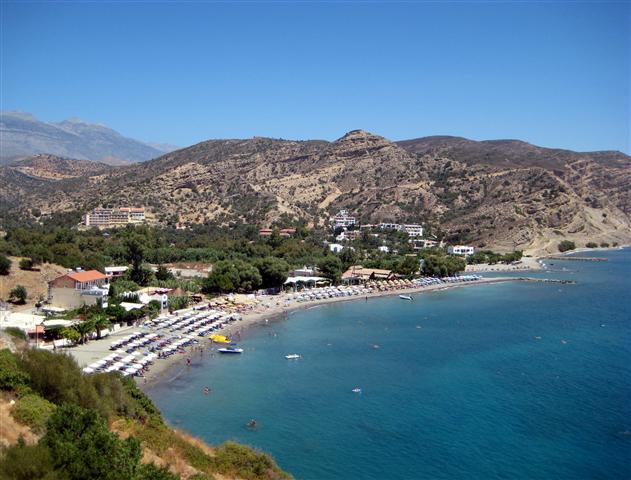